With the competition season coming to a bit of a close and the student scene kicking off I figured now is a good time for a bit of an all round update.
So going back a bit now but Si Crowther just released these images from the night tow-in session at Hayling Island, some cool shots, thanks Si. 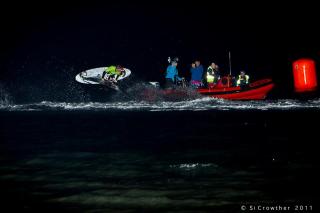 Since then was obviously the Poole windfest where I was super happy to take the 2011 UK Freestyle title, something that I previously covered with pics but it really has only just sunk in! It’s one of those few achievements in my life that I can’t actually describe how happy I am about it, especially with the level UK Freestyle is at!
So moving on to the Student Windsurfing event – Aussie Kiss 10. The first in their series and something I am helping out with in terms of demo gear from RRD. It’s cool to go back as a demo guy and not to have to think about competing, but at the same time I miss that side a little bit. It’s such an awesome way into competition though. No pressure and you compete when the wind as it’s best. This year the event was pretty messy as per usual, a big party on Saturday night but with wind on Sunday it gave us a good chance to get out on the water and clear the hangovers a bit… pics below from Jay Haysey (www.globalshots.co.uk) 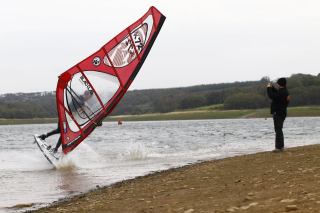 The following weekend whilst the UK’s wave fleet were scoring it at Gwithian, Jamie Drummond, Sam Ross and myself were doing a bit of a freestyle kids camp at West Witterings. It went really well, with alright wind on Saturday and Trevor and Julian from the UKWA turning up to do a bit of an intro to competing and judging on Sunday.

Now I’m out in Vienna, Austria, desperate for an ‘under-the-bridge’ session and with a good forecast on the way, it looks like a strong possibility! Then it’s home for a couple of weeks, hopefully to hook up with Josh Willmot to get some shots for some (top secret) video plans we have, then it’s the operation and a bit of time out!

More soon on the bridge session if it happens…