Shaka in the last heat of the ‘day’ at PWA Austria

A quick welcome to my new site then and check out the round up of 2011 below along with, what’s in store…epic!

So not much in terms of updates in the last month or two. Well not compared to what I used to. There are a couple of reasons for this, the first being that I had my operation and was pretty gutted that as soon as that happened the UK got windy, I mean really windy, it seemed whenever I checked the forecast it was always absolutely nuking! The second reason is perhaps why I titled this post as ‘Life’s path…’. 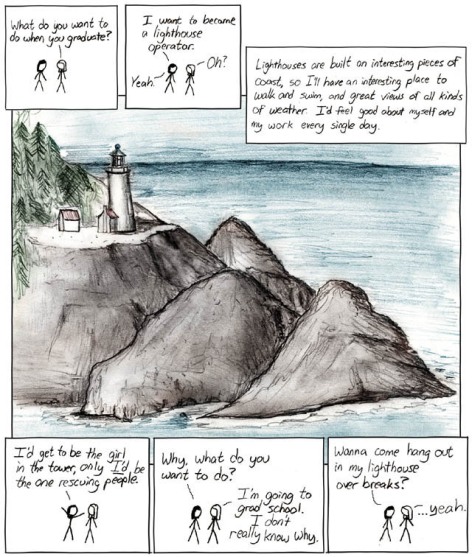 I’ll explain what I mean… I never quite know whether something has been laid out for you, some sort of path, but during 2011 I can almost physically connect the dots…

Last year I was asked if I wanted to write a column for Boards Mag. Having done a couple of articles and after submitting the first column I was told that I could write. That’s a relief, 22 years of education wasn’t all for nothing. So 12 Columns in and I had done my series… well actually it’s bloody difficult writing a column month on month, unless you have far too much time on your hand and far too much to grumble about. Motivational columns can only be written in a certain number of ways and I think after 12 I literally hit a brick wall so called it off. It was a great opportunity though and huge thanks have to go to the Gary/Duncan who provided me with a lot of ideas on the few occasions I was lost.

So what’s that got to do with anything? Well this combined with SeaSpriteSports (importers for RRD/EZZY/Atan/Streamlined/Flying Objects) employing me above and beyond the usual sponsorship. To work as there marketing media ‘dude’, meant I learnt a huge amount about web-development and I got to meet virtually the whole UK windsurfing industry, within about a year. With it came offers left, right and center for sponsorship, demos, shop visits, tests, etc… so it was a pretty epic year. I got to travel to where I wanted on the most flexible job you could imagine and also keep my motivations alive; windsurfing when it’s windy, traveling, being in video parts (that culminated to over 250,000+views over two years), competing all over Europe and the UK, going to a lot of SWA events (great parties) and soo much more… Check the rest of my blog for the highlights.

I know I was super lucky to have that freedom within a job, have the column to write (for exposure) and be able to travel. So I made the most of it. Which lead me to Egypt with Max Rowe, Josh Willmot and Steve Thorne back in Easter. It was a pretty good trip, filming, etc.. then it kind of ended with me crashing a ponch and hurting my foot pretty bad. I got home and was told a number of different stories about the bone, but none of it seemed right (I’d studied a lot of physiology at Uni). I knew it was something to do with the ligament, so I took it easy for a few weeks.

Next stop PWA Austria. Amazing event, big parties and apparently I made the German Surf magazines top PWA party guy… if only they had known… What really happened was we had a couple great nights then the following night out I ruptured my the ligament holding my big toe to the rest of my body. Not ideal for competing the next days. The result of which, meant I met a few of the local Austrians who helped me with hospital stuff, MRI scans and translating. So I got back to the UK and had it looked at, again the usual ‘you’ve done something to the bone’ chat. I knew that, but I also knew it was more, and damn it I needed that one crucial part of my body to do freestyle. It hurt every-time I was sailing, through certain moves. It actually made me sail with more power and speed so I could let the gear do the move more so than myself. This is what pushed me in Fuerte to up my game and I even thought it was possible that I could compete against the top UK guys and have a chance of winning.

Back in the UK again, working to catch up from the summer and attending student events, the toe only got worse and so bring on the specialist. Scans, x-rays, the works… ‘Mr Sims you have ruptured your ligament’… N-O W-A-Y! Operation time, and that meant time off the water when I was hoping to go to Brazil and start an intense winter of training ready to make an impression on the PWA in 2012, so that plan fell back another year.

This did give me a good chance to catch up on some video work, some promotion, etc… so I emailed Duncan at Boards to run some feature ideas past him, he was keen and then next thing you know, I’m being told to run it past Adrian and that Whitey had left the building. Not really the politician myself, I didn’t get involved and just took up the offer to do a bit of covering work until the end of the year. As it appeared the work load was increased and eventually an offer to become the official Boards and Boardseeker online editor… After some thought, as this would be a change in direction for me, from previously trying to become an international professional windsurfer, I decided to give it a shot.

After a lot of of conversations, it actually means I can still attend all the events, just I will have to step back from being tied to one particular brand. Sadly this means leaving the arms of the UK RRD guys. They were super helpful to me throughout the years and I guess this is a better time than any to thank them for everything – so a massive thank you to Wouter, Jai and Jem Hall. In terms of gear, I’ll be riding a Patrik 90l freestyle board, I will also be keeping my RRD 100 Twintip (pointless moving off something when I personally think it’s the best 100l on the market). For sails I am still undecided and will use whatever I think is the best, in Cape Town (where I will be all of February) this will be a mix of North, (maybe) Naish and a new RRD sail I was working on towards the end of last year. Once i get back from there I will decide what to take for the season.

I guess that throws a question out there…what is a professional windsurfer? I’m working in the industry completely, I’ll be traveling a lot, I’ll be competing a lot, but I won’t be tide to a brand… is that professional? I guess there aren’t many examples to compare myself to but the best is probably Chris Pressler, from Continent7, who competes on the PWA Slalom Tour, whilst running a super successful site…

So here I am now… joining the dots and writing my own ‘feature length’ blog post about 2011 as the online editor for Boards.co.uk and Boardseeker.com. There are some super cool ideas coming in the following months/years. I’m pretty ready for it all and super motivated, so let’s see what 2012’s path has to offer and (no promises, but) keep an eye here for some potential sneak peaks at forth-coming features and news…

See you on the water for the start of the future…