Ok so to keep this quick as I just wrote out all the details and cancelled it! Nice one!

Just testing how far I can go with this new WordPress site in terms of linking in to social media. I’m currently updating from my phone whilst abroad through the WordPress app. Everything should be linked in such a way that by clicking ‘post’ on my phone, the news update should appear on my site and on Facebook annnnd on twitter and on anyone who has an rss feed to my new site!

What’s more is that I can also set this WordPress site up to accept texts from my phone to update the site, and in turn the social media sites. So if I’m somewhere where there is a small amount of signal, the possibility is still there. I guess this becomes quite interesting for the event organiser who could post instant HD videos from their phone to their WordPress site which could be as close as it gets to live streaming without actually live streaming and I’m pretty convinced it would be at a fraction of the cost. How about 3 people at the event with iPhone 4’s all filming from different angles, all uploading to the same site at the same time… Ok so maybe filming and running an event could be tricky, however posting live-ticker style posts on each heat, with a photo of a decent move during that heat, could also work. Or even just a post! Basically what I am suggesting is that with a simple text message to your WordPress site you now have the possibility to live-ticker events, across the entire social media network, with posts, photos and videos for an almost negligible cost.

It doesn’t have to stop there either. Event organisers can make announcements to riders and the public about briefing and heat times. So if a rider is in a sponsorship meeting or being interviewed for the TV they can (if signed up), receive a free alert about when the heats are starting. All of that by the power of one text, or one post, to the WordPress app.

I guess that means even the smallest of events can be live-tickered with videos and photos.

How about shops/brands. A message from their phone can alert thousands of new gear releases, or new boards that have just arrived in stock, or a new team-rider.

Last but not least I’m sure you can figure out what this means for pro-riders! Brand new moves caught on camera…instantly uploaded from their phone across the social media sites at the press of a button. Ahh but who films with their phone… Well everyone might be soon…iPhone slr lens

Powerful stuff! Now to test the links and video updates myself…

1×10 year old girl showing the freestyle skiing world that she IS the future…Sooo much style:
Kelly Sildaru

…and 10 days ago in the mountains, sunrise: 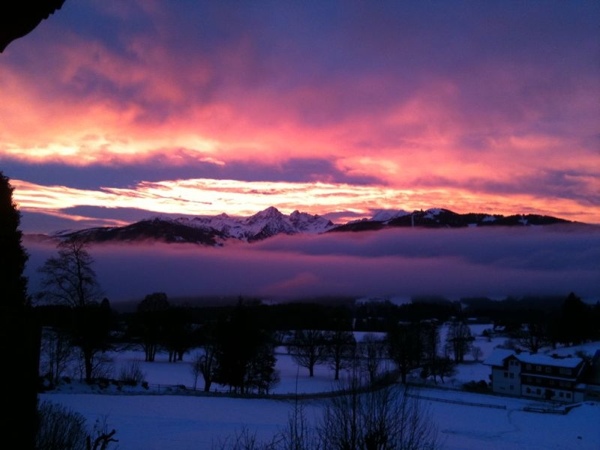