Not the best start of the year for me in terms of wind but when you can hardly get planning on one tack it kind of makes life tricky to lay down a balanced heat. Whilst I always sailed a solid starboard tack it was my port tack that was letting me down, mainly because I was counting one move out of three in each heat, both heats I planned 2/3 times in total on that tack… Nevertheless still stoked with my high scores on starboard tack and I even laid down my first ever air chachoo in competition during the single elimination. 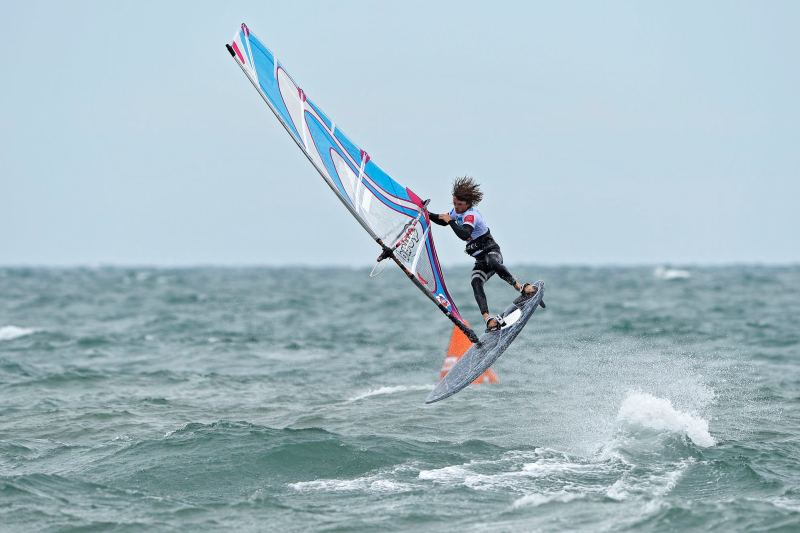 For me I am starting to get more and more excited about the tow-in discipline, at least with this everyone gets the same conditions and the same speed into their move… As a result I was stoked to land a forward in the qualifications, which helped me pass to the final. Once in the final I wanted to try a nice burner 720 to kick things off but found myself aiming at the filming boat and was forced to take off for the move much earlier, I almost ended up sitting on the side of the boat and earning myself an infamous Waves Burger from Julien Wesh. In the end I was coming into my last run with two crashes to count, my culo didn’t go to plan and so I played it safe so as not to end up at the bottom of the fleet. I was honestly pretty surprised to hear my double funnel scored so well but also very stoked to come away with 6th place, my highest result yet.

Check out the small gallery below.