What a sick event, it all started off pretty slow, my draw looked pretty hard against Yegor Popretinsky, who I had been training with in Egypt just a couple weeks before and his diversity in light winds is through the roof. I was pretty pleased that I had been practising in all conditions during the 5 weeks I spent in Dahab.

My draw for the European Tow-in championships also saw our fleet take to the water last as two other qualifications fleets got under way earlier on in the event. I have to say as well that I had another dose of bad luck but at last followed by some good luck. In my heat against Yegor I was drawn up to sail the fourth heat, so whilst I heard the competition begin I knew I had 30 minutes to get my gear ready. I visited the toilet quick, came back and was just getting my gear ready to sail upwind when I found out my heat was on the water. Heat 4 had joined heat 2 and we were sailing as heat 2, I honestly don’t know how I missed that, maybe it was a late call, maybe it was my mistake, no idea but I’m guessing my heat started around the time my wetsuit was around my ankles and I was sitting on the toilet. I did my best in the ridiculously rubbish wind but could only get planning 2/3 times and thought I’d totally flamed this event, then the luck went my way and head judge Duncan Coombes announces that our entire heat was to be re-sailed. At last, a lucky chance!

So the story continues, I’m sitting there, a little over-partied from the night before and we are about to start the tow-in qualifications, it’s only two runs and I knew what I wanted to do, a clean high double funnel should get me through I imagined. Then as I am ready with my 4.4m and 93l board the wind kicks in and the PWA announce that we are starting our heats, I’m throwing my winter wetsuit on, literally running to get my gear ready and have no idea what to use, Gollito is planning on a 4.4 in the gusts. I opt for my 4.8 but because the wind has only just picked up the water is still pretty flat so I take my 101l board, then I had the heat of my life. A bit under powered a couple of times, 5.2 would have been better, but I’m planning every run at last and managed to pass through to the next round, but that’s as far as competition got, the next heat worked out and then the wind failed us for the rest of the comp, in comes the bad luck, thannnnks world, that would have been good for my ranking.

So once again tow-in was in the limelight. I was feeling a bit apprehensive because of my result in France, it kind of makes you think expectations are higher than ever but I think this actually pushes me in the end. I played it safe, the double funnel to get through but I didn’t go as high or as fast as I had hoped, I just stalled too long, and knew before the score came in that it was too safe. Sitting in 5th it was all or nothing, out comes the double spock and to be honest I think I had another dose of luck because I would have counted it as a crash, nevertheless the crowd loved it and the judges wanted to see more, through to the final but with the lowest score. This meant I had to go first when the final began…

3pm on Sunday and everyone was signing autographs, this was supposed to be our practice session, so I got my gear and went for it. I had about 6/7 practice runs without too many people there and conditions were perfect for tow-in, light offshore wind and as flat as it gets. The result I stuck a couple double spocks in training but also crashed a couple. I got close to a spock culo and decided to try one back up move, the flaka shaka into flaka, or triple funnel, same move in the end with slightly different techniques. I tried it once and got it, so felt comfortable to have that in the bag. Opening up the competition I was pretty nervous, all eyes are on the first run, but I came flying in, the water was glassy and I sent the best double spock of my life, one handed on the second spock and a clean rig flip at the end. Pretty gay claim after but it was a more “will that do” to the judges 🙂 Following that Kiri Thode stuck a perfect double culo and everyone was just like “welcome to the final”! 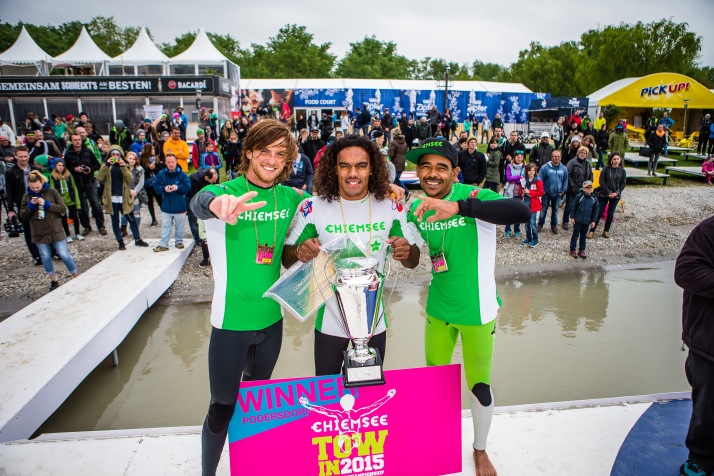 I tried for the spock culo after that, I thought it was my only chance to get to the top but the landing is so hard, first one I under rotated and the second I over rotated by the tiniest bit. I watched the video back already and it was so close! Anyway I’m coming to the end of this essay, making up for my lack of updates since about this time last year I guess. I was totally stoked to make the podium, it was more than I even dreamed of for this event. I went into the final hoping to come 6/7th and ended up third! Just sick!

There was an error retrieving images from Instagram. An attempt will be remade in a few minutes.